The Three Magic Words You Need to Realize Your Dreams 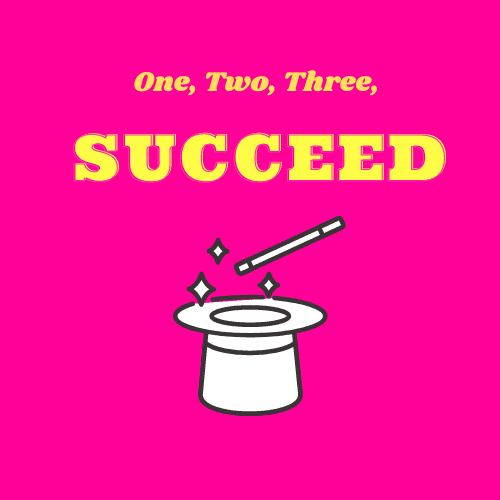 When I was little, my mother taught my sister and I how to dream big. Whenever we would proclaim awe or envy for someone who was out there in the world doing seemingly unattainable things, she would look at us and say three magic words.

“Someone gets to do have that cool job or that big adventure. Someone has to step up to get that opportunity. Someone has to be brave enough to take that risk. So why not you?”

It seemed so simple and even logical, and made the world’s treasures somehow feel attainable. Nothing was out of reach if we just made the choice. Better yet, when we asked ourselves that magic question, the response was always “Why NOT me?” And there really never was a reason. So we learned to go for it big time.

There’s little surprise that my sister and I both ended up building our own adventures, carving our own unstoppable paths, a developing a shit load of swagger on the way. Because hey, why not us?

Cut to 25 odd years later. I’m living in the UK where I had moved to pursue my dreams of being a singer. I’d spent years in the music business to some success but, with my “why not me” approach to life, had accidentally migrated into the film business as a script editor for companies like Miramax and Working Title. This then led me to do PR for independent film companies. It was in this role that this story begins…

I was having lunch with Frank Wynne, the editor of Deadline Magazine, a super hipster underground publication known for launching the comic strip character Tank Girl, created by Jamie Hewlett (who went on to create the virtual band Gorillaz, alongside Blur frontman Damon Albarn). Tank Girl was the original Riot Grrrrl icon and had a steadfast following in the UK indie scene and now, he told me, was to be the subject of a major motion picture from MGM starring among others Lori Petty, Ice T and a then unknown Naomi Watts.

I listened to him excitedly. This was such a big deal! A British underground comic character was about to hit Hollywood big time. But then I stopped – my PR brain kicking in. “It seems a pretty big leap,” I said “I mean Tank Girl has a strong cult following but the audience is going to have to be way bigger for this movie to work. Someone should do some kind of a TV special about her to launch her to the mainstream.”

Frank’s fork stopped midway to his mouth. He cocked his head, smiled and looked me in the eye. “Yeah, you’re right,” he said, “someone should. Why not you?”

You know in those spy movies where a phone rings, a code is whispered, and suddenly a sleeper agent is activated? Hearing those magic words had the same effect on me.

I barely remember getting back to my office but what I do know is that within an hour, I had a fax confirmation from Alexis Arquette (youngest of the Patricia, Rosana, David Arquette clan) agreeing to be the host of my TV mockumentary that would introduce Tank Girl to the wider world. I titled it “In Search of Tank Girl”.

By week’s end, I had gotten funding from MGM and found a director. I’d also procured commitment from artists like Blur, Elastica, Malcolm McLaren and Adam Ant.

I was now an accidental producer – with purposeful swagger.

Soon after, I found myself shooting in L.A. My rag tag crew and I were welcomed onto the super secret closed Tank Girl film set housed in a giant warehouse in the California desert.  We were given access to all of the stars but were told unequivocally that no one was to see footage of Ice T in his ‘Booga’ kangaroo costume before we went to air. This was his first film and the paparazzi were just dying to get snaps of him in his get up. Lori Petty in full Tank Girl regalia and attitude, and a shy and excited Naomi Watts (making her American film debut) all willingly took part. I must have pinched myself a thousand times.

Back in the UK, we filmed all of our British artists who embraced the gung-ho theme of my show – imagining Tank Girl as a real person and all of them as obsessed fans dying to get a glimpse of the reclusive icon. The pièce de résistance was our closing credits, where I had convinced Adam Ant to get a custom drawn Tank Girl head by the comic creator himself, tattooed on his ass – and to let me film it.

Months later, the show aired on BBC and became a key element in the movie’s PR campaign.

Because why not me?

These three words have always been a magic portal opening to unlimited opportunities. They challenge you not to ask whether you can or should do something, but force you to really question what is stopping you? Everyone starts from a place of not knowing or not having done. The only way to change that is to try and learn and do. The secret is believing that you’re worthy of the experience and deserve to give the adventure to yourself . That’s just one of the many things that swagger is all about: giving yourself the gift of self-belief.

Someone gets to have their dreams realized. Why not you?