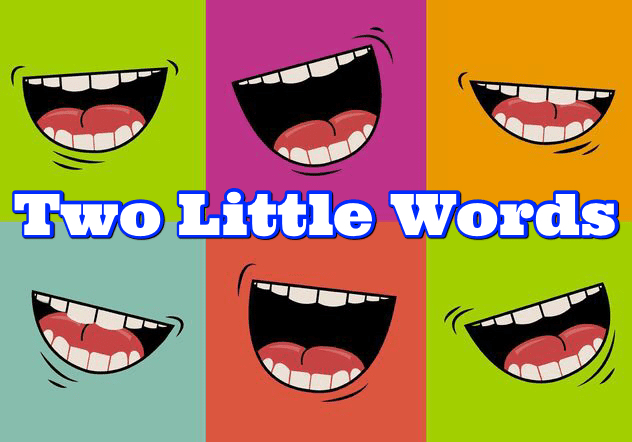 Two little words. That’s all it can take to change your mindset, innovation culture, and even your creative output.

These two little words may not come as a surprise if you’ve ever done improv, taken creativity or innovation training, or work in an organization that walks the talk on creative collaboration. But what may be new news is just how powerful these two little words can actually be — and why.

If you’re already familiar with the verbiage, please don’t stop reading. There’s more to it than simply good collaboration etiquette or a fun little icebreaker.

The phrase “yes…and” is so mega powerful that books have been written about it, comedy troupes stake their success on it and organizations have it embedded as their protocol for creativity and innovation development sessions.

But why? What’s so transformative about the phrase? And what can it truly accomplish?

“Yes…and” is actually a sneaky little creative work around for the resistant part of your brain.

Our brains are broken into three fundamental ‘zones’; the Reptilian, the Limbic (or Mammalian) and the Neo-Cortex — known collectively as the Triune Brain.

The Reptilian part of the brain was the first area developed, and was fundamentally responsible for our survival as a species. Our fancy emotional and logical thinking capabilities came later with the development of the Limbic and Neo-Cortex systems. But when we were little tadpoles in the primordial sludge as it were, all we had to rely on was the Reptilian brain.

This part of the brain ain’t too sophisticated. And unfortunately, it’s the official gatekeeper for all thinking. Think of it as a jacked up, trigger-happy bouncer — ready to brawl, eject anything or anyone that doesn’t look quite right, put a swift bullet in anything threatening, and too dumb to work through any complex problems.

To make matters even worse, this part of the brain relies solely on one simple rule to make decisions. “That which has been tested and proven equals good. That which has NOT been tested and proven equals bad.” It’s like saying “If you’ve been to the club before and I recognize your face and know you didn’t cause trouble, you’re in. If I’ve never seen you before — fuggedaboutit .

Imagine what that would do to the club business. It would be dead in the water before it got off the ground because the very first customer would have been an unknown, untested factor. End of story.

Now imagine what the Reptilian brain does when it encounters new and unique thoughts and ideas — the very definition of creativity and innovation. It’s incapable of accepting them and allowing them upstairs into the juicy parts of the brain for processing because it’s missing one key element.

Without any prior testing or proof, the Reptilian brain is having none of it.

That’s where “yes…and” comes in.

Ask and Ye Shall Receive

If you program your default response to ANY idea to “yes…and”, you’re immediately signaling to your brain that this idea isn’t scary. Rather, it’s potentially viable. What this does is stop your Reptilian brain bouncer from stepping in front of the door and blocking the idea’s path up to more sentient parts of your think box.

With two little words, you’re asking your brain to make a connection to, and with the idea, which kicks that contextualizing process into action before fear can take over.

“Yes…and” also tells your brain that there IS a connection or evolution of the idea to be made. It’s just a case of finding it. And our brains cannot resist answering the call when asked.

Yes…And it’s the Gift That Keeps on Giving

Beyond the neuroscience-based benefits of the phrase, “yes…and” also provides a ton of other sneaky little benefits to the giver and the receiver.

– It both allows (and forces) you to become part of the idea. Contributing to an idea or solution, rather than merely judging it amps up your investment in it, which is key to building a healthy culture of innovation.

– You can directly influence the idea in ways you believe would be beneficial through positive reinforcement.

– Shortcomings or flaws in the idea can be highlighted without making it feel like heavy-handed feedback. So “yeah…but that idea won’t work within the timeline we have to deliver” can become “yes…and we need to come up with a bunch of ways to deliver the idea fast enough to meet our deadline.” Magic!

– And my favorite, responding with “yes…and” can set you up as everyone’s favorite sounding board. This means you’ll get to hear ideas first, contribute to them more, and be included in their development the most. What’s not to love about a reputation for being an awesome creative collaborator??

So next time you’re cranky, in control freak mode, feeling particularly risk adverse, under pressure, or just being your conservative self, take a deep breath, swallow the “yeah…but” and try it. Just once. I promise you it will make a difference.

Better yet, commit to the phrase for an entire month and see what happens. The almighty magical benefits of two little words can retrain your brain, change your reputation, and maybe even help you be a part of the next big thing.

Yes…and who wouldn’t want that?